My house dates from the 1970’s, and the kitchen lighting fixtures apparently date from then too. They have LEDs, but there is lots of Spillover around the shades and with LEDs they are too bright. By spillover I mean that far away from the fixture you are looking directly at the bulb rather than through the shade. Notice the attempt to dim one of them by adding Trash Bag plastic to the shade. Not a good idea with Incandescent bulbs, but no problem with heat from LEDs. Anyway that was a failure. The spillover made that useless.

Time for an upgrade. 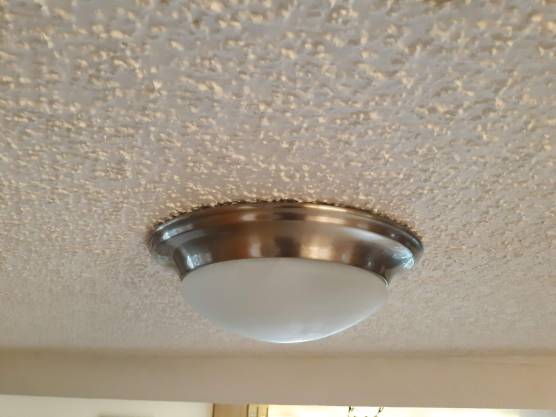 Wayfair had some nice ones for not a lot of money and free shipping.

WhooHoo… We are rock’n in the 90’s now. Ok So a Can Lighting upgrade was too much work. But these only have one bulb, which is right for using LEDs and they are attractive and spillover free.