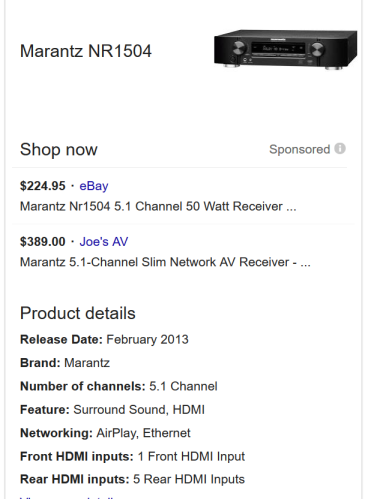 The EDID or Extended Display Identification Data is a packet of information sent from a monitor or TV to the source of the video and tells the source what types of video the display can process.

Imagine for a moment that we have a receiver from 2013 – pre 4K – that contains an HDMI switch. Now imagine that one buys almost any TV today – almost all of them support 4K. Now imagine that one purchases something that produces video – BluRay player, XBox Console, Playstation, even a modern set top box. Most of these support 4K video.

So what happens if the EDID from the 4K TV passes unchanged through the NR1504 from 2013 to the video source that can produce 4K? Well the source happily produces 4K video and the NR1504 cannot pass it. Black screen? Apparently. 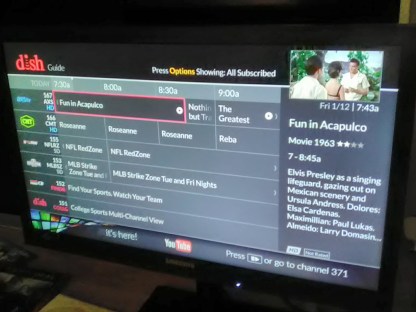 I hooked up an HD monitor to the NR1504 and hooked the Linux box back up to the Media input and voila. Everything works fine, of course.

It seems clear that in this world of ubiquitous 4K sources and displays, the Marantz NR1504 needs to be modifying the EDID or producing one of it’s own to continue to work.

I’ve used the display settings in Linux to use HD only and that works fine with the TV, but when I plugged it back into the NR1504 it still didn’t work. Oh well. Time for a new Receiver that gets 4K. But at least I can use the Linux system by plugging it directly into the TV and setting it to HD.

While playing a DVD, the machine suddenly stopped. I thought the problem was the BD player, and I disassembled the system, based on information on YouTube, to remove the DVD, which would not eject.

The system would run the BD motor each time it was started, but then stop and beep.

It is not certain that the problem is the BD drive. BD drives are going for about $60 on Ebay, so it seems to make no sense to repair the device. I’ll sell it on Ebay.

Update: The Vizio player was a bust. It had problems with my HDMI switch. The Sony BDP-S590 is a much better choice. I have had no problems with this model.