I’ve been using Boogie Boards – Eraseable LCD tablets for a couple of years now. These are very cool / cheap tablets that you can press a button to erase.

I saw my first one at Walmart and later found a later model that was plain rather than electric green. I have two next to me and use them all the time to write down notes while I’m playing MMO games. They are especially useful while crafting to keep track of which items you’ll need to gather or purchase to continue your crafting or whatever. But they make great shopping lists and “Refrigerator Notepads” since some have magnets on the back to stick on the Fridge.

If you have not seen these, you scribble on them with a stylus, and then press a button to erase the whole thing instantly. They contain a tiny watch battery which lasts for years, and can be easily replaced. If you want a permanent copy of what you wrote, just take a picture with your phone. You might want to increase the contrast which is easily done with the photo camera app.

Well there’s been a breakthrough in this space! Another company, NewYes has made a version that has Partial Erase. After pressing a button, you use the Eraser on the Stylus to erase parts of the screen. Press another button twice to erase the entire screen. Very cool. 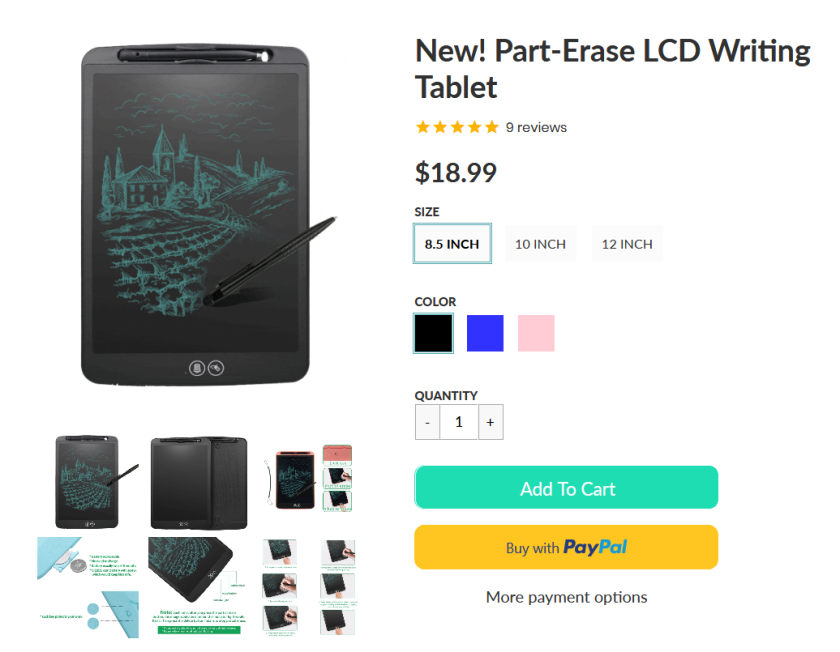