I just got an LED Torchiere Floor Lamp from Wayfair. 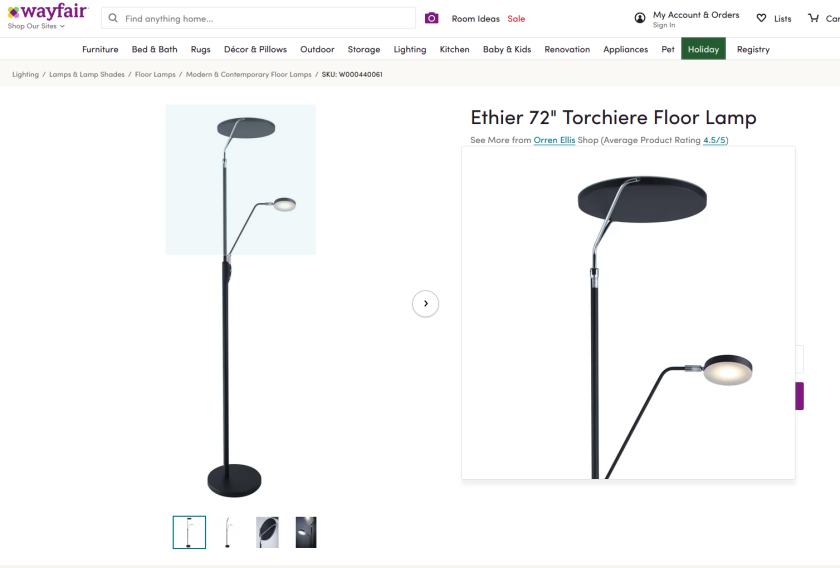 Here it is where I’m using it. It’s probably hard to see in the clutter. 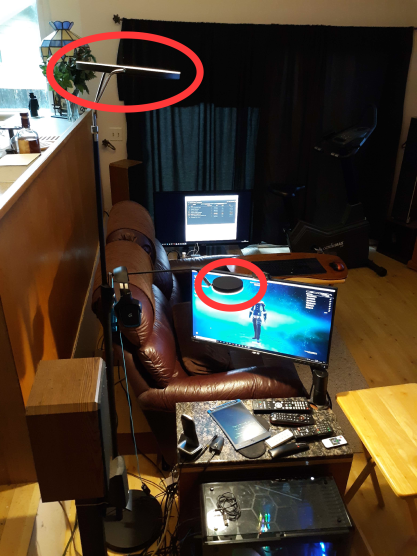 Task Light First. Back and Front. 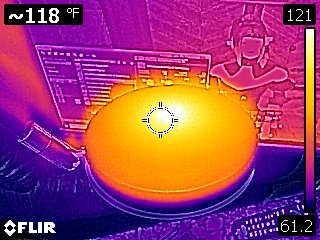 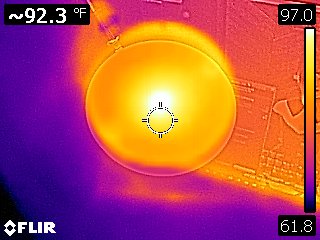 And here is the top ceiling light. Back and front. 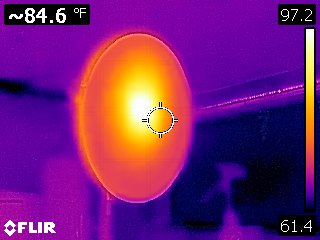 This is after running it for several hours on high. The power supply is a wall wart that supplied 24 volts at 1.5 amp for a maximum of 36 watts. Way down from the Halogen light I’m replacing that has a 300 watt ceiling directed light and a 50 watt task light.

I’ve been waiting for a couple of years and watching for an LED version of this light. For a long time only Halogen versions were available.

May you walk in the light of LEDs.
:ww Lots of progress in DoH and DoL jobs in the past couple of days using Leves and Grand Company Supply and Provisioning turn-ins. Guildleves are throttled by the game quite severely. After starting with with 99, Leve Allowances, this is down to 27 now.  Apparently I get 3 every 12 hours or 6 per day, but that doesn’t take long to eat up. But Grand Company Supply and Provisioning is handed out once each day at noon and that is a very nice way to make XP.

Guess I’ll be getting back to just moving through the Crafting Logs and doing items in order. That seems to give quite a bit of XP and it’s only throttled by the need to gather materials. The Job quests often require turn in of a High Quality item, which can be quite time consuming a wasteful to accomplish. I often just buy the HQ item on the market board but sometimes the prices are unreasonable – 40,000 gil for a single level 30 jacket. All I need is XP, I don’t really need to complete the job quests as far as I know. Not sure anything is gated on them. So back to the Crafting Logs for me.

Starlight This Year is No Fun

What isn’t much fun this year is the Starlight celebration quests. I’ve tried several times and just can’t get the hang of doing the Caroling quests. So I guess I wont be getting the Starlight Barding this year. But I have an outfit from past years.