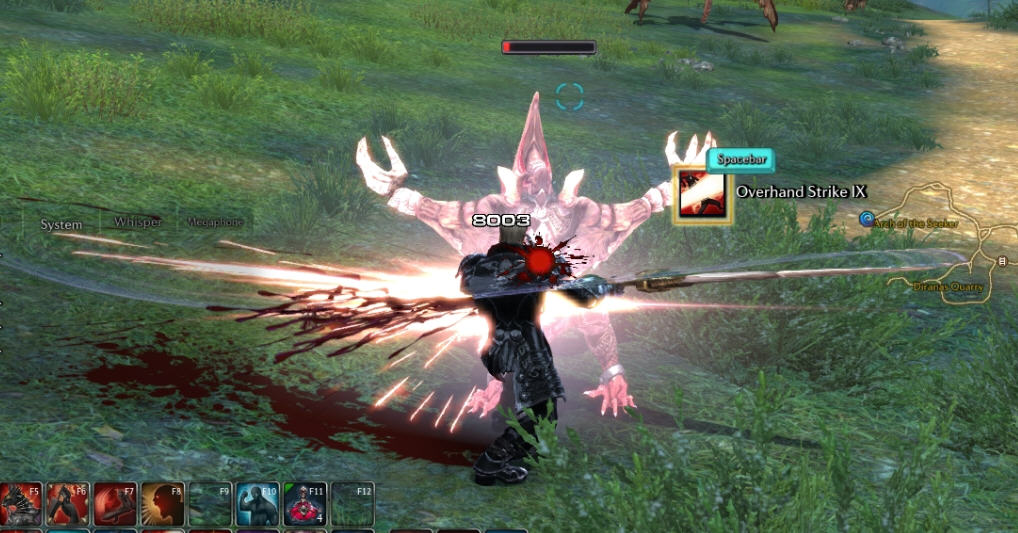 After the previous test, it occurred to me that there were some additional tests that should be done.

These tests have been done. But the results have not been that surprising. They show that:

The testing methods were the same as before.

The test subject is a level 65 Slayer with Idoneal Gear. Details are in the video soon to be posted. The gear, except for the crystals, were held constant throughout the testing.

The test mobs are level 61 mobs outside of Highwatch. Level 60 BAMs were considered, but it was not possible to easily control the HP in the presence of the heavy hits by the BAMs. So this more predictable scenario was used.

The Slaying Niveot was about the same price as the Pounding Niveots, but only one is needed.

The raw data from the videos and results are here:

This folder contains the spreadsheets as google sheets and LibreOffice ODS files.

The results show the following:

My previous conclusion is confirmed for me. The advantage of the Slaying Crystal in this case is not worth the trouble for the damage. However, it occurs to me that the intent of the Slaying Crystal is a “Save Yourself” option so that if you are below 50% you will do more damage. The tradeoff of course is that you do less damage unless you manage your HP very closely.

I personally don’t think the extra trouble and risk while running below 50% HP is worth the additional damage.

Here is the video of the test.