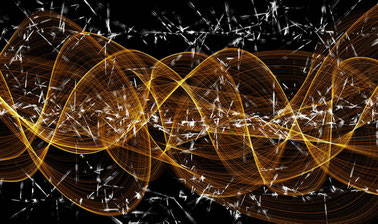 Recently I’ve been listening to more of Sean Carroll‘s lectures on the mysteries of Quantum Mechanics. I won’t summarize those arguments here so this can be a short post. I’ll include a link to a recent lecture of his so you can catch up if you like.

I want to suggest another theory for an interpretation of Quantum Mechanics that I have not heard mentioned before. I may have missed it, but it’s a new idea to me. Here goes.

What if the difficulty in the interpretation of QM called the Observer Problem is actually a simplification that makes it easier to “Program” the simulation that is our Universe. That is, what if our universe is a Simulation in the sense that Nick Bostrum proposed.

We build lots of simulations of worlds now- Computer Video Games. Many of them attempt a simulation of a world not unlike our own, only vastly simplified. As we write these video games, we simplify the worlds that are”simulated” to make it easier for our limited, but ever increasingly powerful, computers to simulate at high enough frame rates for them to be interesting to play. Some of the simplifications used in these games are:

But what if there is an “Outside Universe” or a “Parent Universe” which is much more capable than ours. But which as a similar problem of Speed or Capacity. And like the simplifications programmed into video games, the apparent Duality observed in Quantum Mechanics is one of the probably many “Simplifications” which makes it easier for the Simulated Universe to work.

What if the “Wave Function” of an interaction is simpler to compute than a “Particle” interaction, so as long as possible, the “Simulation” holds things as waves, but only when we “Look” or otherwise change our perspective does that mechanism change to one of “Particles” that we observe. Clearly both are “Right Answers”, just different. And what if that’s an “Observable Artifact” of the Universe Simulation.

We probably won’t ever know whether this is right. There are lots of mysteries which we probably can’t know:

But if we have finally gotten capable enough to see a “Glitch” in the simulation of the universe that we weren’t supposed to see, then that might another mystery for this list.