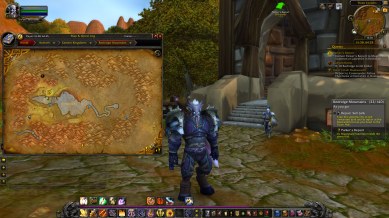 I’ve been playing the PTR [ Public Test Realm] to see what Level Scaling looks like. So far I’m not a fan. Update below.

It’s a real drag.
Classes do better that have self heal – Priest, Paladin, Shaman, Druid, Warlock, Demon Hunter obviously. Mages are going to be at a disadvantage with no good tank pet and no self heal. Shaman and Balance Druid are under powered and will do a lot of self healing. With their pet, Hunters are fine in 10-20 areas that I’ve tried.

Priest and Paladin and Warlock do all right, but it’s a real drag. Lots of healing of course. Each major quest gets you 7.5% of a level. And higher repair bills too. Why isn’t repair gone or zero cost? The problem with it taking longer to kill mobs is that they have time to gang up on you. 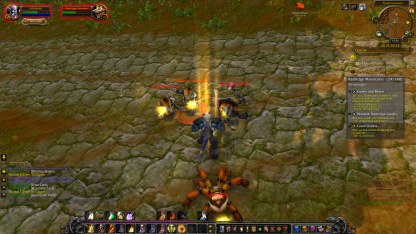 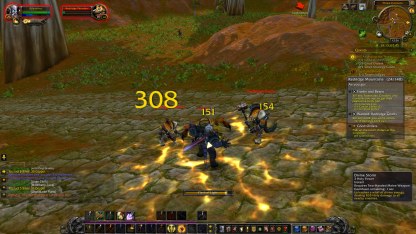 I don’t know how they made dungeons work, but apparently they do. I queued for Razorfen Downs as a DPS Paladin at 40 and there were folks as low as 30 with me. The mobs looked like 41-42 to me and would have 1 shotted the 30’s obviously. So some interesting math is going on. Dungeons give reasonable XP at this level, so that’s still an option for leveling and there are obviously more choices since the dungeon range is opened up. 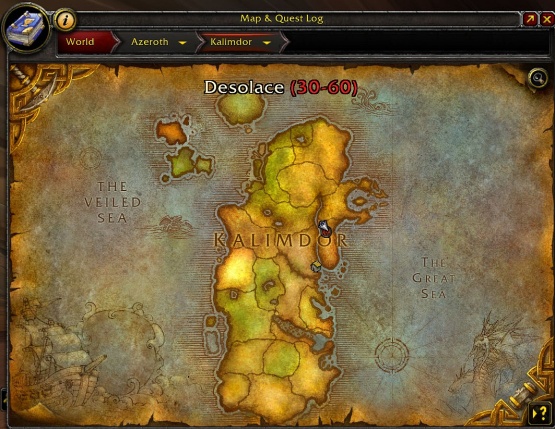 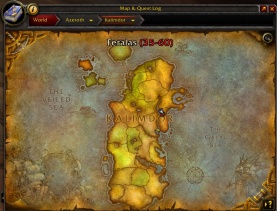 But why do we have 100 levels if we are only going to use 5? If we mash everything down 20 levels at a time that’s 5 levels, so while we are SQUISHING why not squish the levels too? We are tossing out the mechanic that says we can go into an area 3 levels above the stuff there and kill it easily, which was a big win IMHO. 5 was too large a diff since your XP was reduced too much. But that is over now.

So why have 100 levels again? If we wanna make the numbers smaller, why not make them all Smaller… Five of everything – levels, item levels, stats, the whole shebang. Sort of one number for each expansion.

When I returned to Wow a few months ago I found that leveling toons to 60 was most easily done by standing around in your capital, when Heirlooms and grinding dungeons. Only had to wait 5-15 minutes for the next ride and got a level or two every time. When Dungeons Level Scaling, looks like we will have more choices to do that since you won’t out-level your dungeons. I learned to skip Blackrock Depths since the tanks never knew their way around and we always got lost in that one.

Once at level 60, I learned flight and then quested in Hellfire Peninsula, A little somewhere else and then at 64 or so went to Nagrand, followed by Blade’s Edge Mountains. I tried Netherstorm, but that was not as friendly.

This whole Outland leveling strategy is completely blown with Level Scaling. It depends on quick kills because you are 2-3 levels above the local mobs. Level scaling will make that impossible and the leveling will be a real drag. I’ve done some quests in Outland with my Warlock so I’ve seen the grind first hand.

Going to Northrend first will be no help since the Level Scaling will change that too.

So, my guess is the Low Pain way to level a toon to 80 and maybe all the way to 100 will be to just grind dungeons the whole way. I’ve done the Cataclysm and Pandaria dungeons with some toons and they are nice dungeons, but I do like questing, unless it’s ruined by “making it dangerous”. Not sure that ethic will last long if it does see release. “Dangerous” I guess, just means what I’ve observed. Lots of self heals, long kill times allowing mobs to gang up on you. Maybe not more deaths, but some classes are slowed way down.

We’ll see. Not a fan of Level Scaling so far.

And why are we doing Vanilla again? If we want it to be like it was, but with “Quality of Life” stuff added, we just did that. Takes forever to level like Vanilla. Mobs gang up on you and trash you like Vanilla. Something else you want? Oh All those quests to get your Warlock Pet? Remember those long quests to get your Warlock Demon? And very high cost of mounts? No account wide anything? No Transmog? I’m not a fan of that and things like it. If you loved missing all those things, then maybe you do want Vanilla.

So far some key things are missing from the PTR:

I’m sure there is lots of other things missing, but these are the three things I’m waiting for first.

Level scaling removes the choice I have made about how to play the game.
I’ve been playing with Heirlooms – 4 Armor, Weapon, Necklace – and I stay 3 levels above content for quick kills. With this scheme I level quickly and have choices about the content I experience.

With Level Scaling, I can no longer decide how to quickly level through a zone – like Outland – by picking the quickest way through – HFP, ZM, NG, BEM, done. [Hellfire Penninsula, Zagermarsh, Nagrand, Blade’s Edge Mountains] Or some other progression of zones. Same with Northrend. I have some zones that I pick. Usually HF or BT, then GH and finish in SP.
Like I said, I play by keeping my self about 3 levels above the content so I get max XP while making things easy to kill. That choice is gone. With Level Scaling, now all the content is equally hard and I still out level content. If I do Northrend to 80, I can’t do Outland. and So Forth. Reduced choices.

Here’s the fix.
(1) Do Not Do Level Scaling. Keep it the same as before. Ok, do LS in dungeons if you like. That increases choice. Then go play the area where you get the challenge you want. Blizzard doesn’t pick your challenge level, you do.
(2) Add the Lock XP choice to the Game Options panel and make it free and allow change at any time. No Gold cost. Just a free setting. So if you are at max level for a zone, like Outland, then lock your level and finish it. Or lock it early for the challenge of finishing it below the level cap. Your choice. With the Level Scaling that’s coming, we have no choice. It’s made for us.

Currently in the Capital Cities there is an NPC that offers XP locking for a price. Well 10G is steep for a low level toon. And it’s a pain to travel to the Capital City. Why not make this choice a button on the Game Options panel?

That would give me more choice. Now with my +3 level strategy and Heirlooms, I outlevel Outland after about 1/2 the zones. Same with Northrend, same with Pandaria, same with Cata zones.

I get to do all the content, but I get to choose. Like I do now. I choose.

So You Wanna Play PTR Too

Just a reminder about how PTR works.

PTR is fun. It’s just that level scaling is a drag.