Posted by windyweather on December 5, 2017
Posted in: Helpful Hints, Linux.

Yet again, something changed to break network file sharing between LM19 and Windows 10. Here’s the fix. Windows 10 could see a LM19 file share just fine, but LM19 could not see the Win 10 file shares. < Again back-dated to keep it off the front page. >

Can’t comment on the Printer issue but there have been changes in samba since Mint18.

Edit /etc/samba/smb.conf and right under the workgroup = WORKGROUP line add this one:

If you have Win10 on your network and it has disabled SMB1 on the server side you will not be able to connect to it.

For some reason there were two GBLM19 computers, but this was probably an artifact of the changes I was making while trying to get this to work. After a few minutes it settled down to only one that worked from Windows 10. They both worked from Linux looking in to itself.

Here is the view from the Windows 10 system: 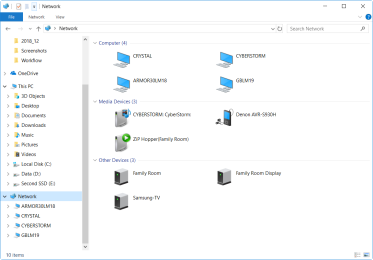 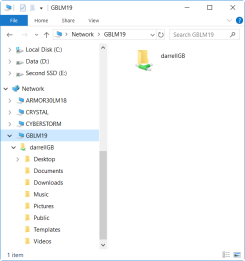 Never works out of the box it seems.
:ww