By the way, let’s not forget how Auto Leveling works – at least in Guild Wars 2 where it was first implemented Game Wide, at least as far as I’m aware. Officially it’s called Dynamic Level Adjustment.

Unlike Wow Legion areas Level Scaling, GW2 Auto Leveling changes your level to match – roughly – the zone or instance where you are working. But there are two key features that Wow Legion didn’t do that GW2 also does:

So how is Wow Level Scaling for Legion different? 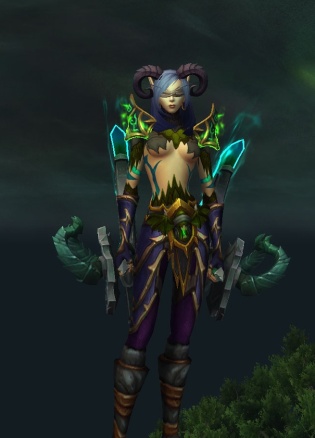 So, I admit I have limited experience with Auto Scaling in Legion. I have only played a Demon Hunter through most of the areas of the Broken Isles.

When I learned about Auto Scaling, and was done with Draenor Pathfinder, I tried to start my Demon Hunter in Stormheim. Big mistake. Wow got it wrong too. I had the same trouble with a couple of mobs jumping and killing me here that I had back in GW2. Just no way to survive long enough to have fun.

So I started in Azuna, and all was well.  So I don’t know what Blizzard is trying to accomplish with Auto Scaling. I looked and couldn’t really find a Blizzard Authored post on the subject. But I think they have failed for Legion, at least for the goals that I expected. You can’t really reasonably start anywhere, other than Aszuna, and do the zones in any order. Not unless you gear up with dungeons before you go. Maybe that will work. But really? What’s the point of that? Skip the zones all together if you are going to level with Dungeons. I went back to Stormheim later, with a bodyguard and a much higher item level and things were fine. I’ve played all the areas, didn’t finish all of them, but made it as far as about 1/3 of  Suramar. Again with a higher item level and a bodyguard, things are fine.

There has been a lot of discussion on the Forums and elsewhere regarding Auto Scaling. Here’s one notable post.

So what we see is that the Auto Scaling design that was done in Legion makes no sense to copy through out the game. It is apparently a failed incomplete design that, even if fixed, is only suitable for a set of zones in an expansion that are close together in Level anyway.

Wow Auto Scaling Throughout the Game

To extend Auto Scaling through out the game would require:

Down-leveling the toon rather than up-leveling mobs. What would it be like to walk up to a player fighting a mob only to find out that the mob was scaled up to 100. The AOE from that mob would wipe lower level players out all around the fight. Shall each mob be apparently scaled to different levels for different folks fighting it? That sounds complex. So each player gets their own view of the mob scaled to their level? Consider a low level world boss. So a low level player hits the mob for 100 and takes 1/10 of it’s health, say. And a 100 player hits the mob for 100,000 and takes 1/10 of it’s health. I think there are to many ways that this would look strange and probably too complex to actually make it work. Easier probably to just toss out levels all together and base the whole scheme on a limited set of Item Levels of gear. Although I’m not clear that this would solve the problem.

Higher Level means you still have your skills. None of us are clear exactly how GW2 Auto Leveling works. They don’t want to publish the algorithm in detail since that might allow folks to find ways to take advantage of it. But what is clear is that as you level up you get and keep your high level skills when you go back to low level areas. So you have an advantage over lower level players. They only have a few skills and you have a full bar, new weapons and runes on your gear. That said, helping a low level player in a low level area feels fair and useful. As a high level toon, you have some advantages, but you do not overwhelm the situation.

XP Gain appropriate to your level. Like I said. The GW2 design that works across many levels scales your XP gain to your actual level. As we know, currently Wow down scales your XP gain dramatically as you are higher level. This would appear not to be required actually since that 1000 XP you got at level 60 is pretty much zero when you get that same XP at level 100. But they need to fix that if they auto scale the whole game. That’s a big deal. You’ll be able to level your 90 character to 110 in Outland or Northrend for example.

Quest Gear and Loot Gear is appropriate to your Actual Level. In GW2, the rewards for quests and drops scale to your actual level in low level zones. That’s the second part of making it profitable to work low level areas. I think we will never see that. The entire dataset of the game is based on each quest and mob having a fixed list of items that are rewarded / dropped. No way they are going to change that. It’s a re-write. In GW2, as a level 80 if you go to a level 40 area and kill a world boss you get level 80 gear and XP as if you had killed a level, well maybe level 75 boss. Simple as that. 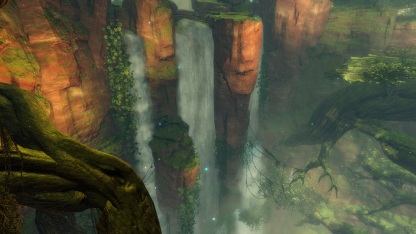 As we see Blizzcon 2017 in a few days, and later the actual expansion, it will be interesting to see how Blizzard responds to these issues. My guess is that we will either see a limited Expansion-Only Auto Scaling scheme or none at all. I would be surprised if they ripped out the auto scaling from Legion.

I have seen folks, notably BellularGaming, wax long in detail with speculation about the next expansion. He has mentioned Auto Scaling, but apparently has not played GW2 and has not done an analysis of what it might mean. He’s just got too much to say on too many other areas. Which is fine. I didn’t watch all of Bellular’s expansion videos, but I do recall a comment about making “Older Content More Relevant” and then mentioning something about Auto Scaling. Well this whole post is about the problems with doing that in the context of Wow.

Let’s all watch what happens.