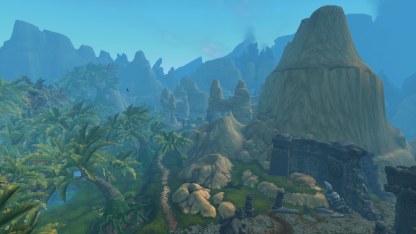 I’ve now had some time playing the Warlords of Draenor expansion and I’ve figured out an efficient and productive way to deal with Garrisons. I should mention that I’m playing with mostly Heirlooms: three pieces of armor, weapons and usually a necklace. And I have Draenor Pathfinder, so my Alts fly from the beginning as they finish the Assault on the Dark Portal event.

I would have preferred to level up to 91 with the Alts before going to Draenor. This would allow the Heirlooms to level up significantly. As it turns out, with Heirlooms you reach 91 at the end or shortly after completing the Draenor Starting Event, and there is enough help during the event that it doesn’t matter a lot whether you are 91 when starting it.

I’ve played three Horde toons through Draenor until 101, which is my goal before entering Legion, again to level up the Heirlooms. Along the way I’ve learned some lessons with Garrisons and with the areas to play to level efficiently.