So I just found out about a feature that fixes the problems I was having with playing Legion. I was being overpowered while trying to quest in the Broken Isles. But the Combat Ally feature fixes that. 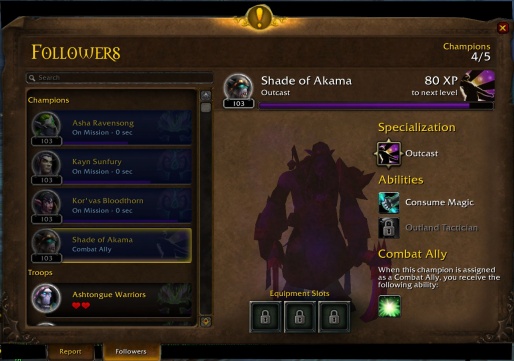 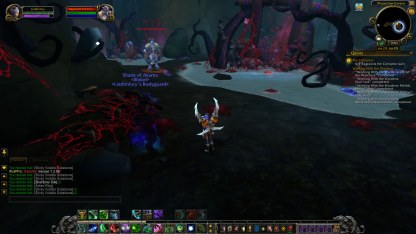 You can assign one of your “Followers” to be a Combat Ally who follows you around and fights with you. Apparently the first one you get, after a Class Hall mission is Shade of Akama. I’ve only played Demon Hunter, so your mileage on other classes may vary. But this fellow makes progress in the Broken Isles easy rather than frustrating.