Of course there is the new Valkyrie class. She’s a babe with attitude, but that’s no different from all the recent class additions. All female, all gender / culture locked and all over-powered. I’ve been away from Tera for a while doing other things. Guild Wars 2, Wow Private Servers, and Guild Wars 1. I left Tera back a while ago when they nerfed Guilds. Took away the guild bank unless you had lots of dedicated players, so the guild bank was locked away from family or multiple account players. But I’ve come back to try Valkyrie and found a few things had changed.

They seem like minor changes and they simplify the game, but some of these changes appear to have had unintended, or at least disappointing consequences.

Those campfires are still there, but don’t do anything. The scrolls that you burn in the fires are all useless, so you can sell them to any nearby merchant. Any bandages are useless as are Arunic Panaceas.

Pots are the New Thing

Well there have always been pots, but they were drops. You bought bandages and got pots from drops. And there were these drops too that were health pots. Those only drop now from Bosses as they always did.

Now all merchants have pots for sale. Both for HP and MP. Valkyries don’t need MP at all. They never use enough of it to show. Maybe Sorcerers use MP. They used to use quite a bit. Maybe Priests too. I’ve not played them for a while. Some classes must use MP.

Also there are these battle solutions. These are like the old Nostrums that only showed at high levels. Now they show at lower levels.

Avatar Weapons are Still Around

You’ll still get those Relic Pieces and still enchant those weapons, and your other gear. No recent changes to Enchanting.

Now Vanguard Requests give Tokens and right clicking them brings up a shop to buy gear. Just the gear you need at the time you need it. No more saving up or collecting Quest or drops for gear. And no need to purchase nice gear from the Trading Post either, which means no way to sell gear on the trading post. 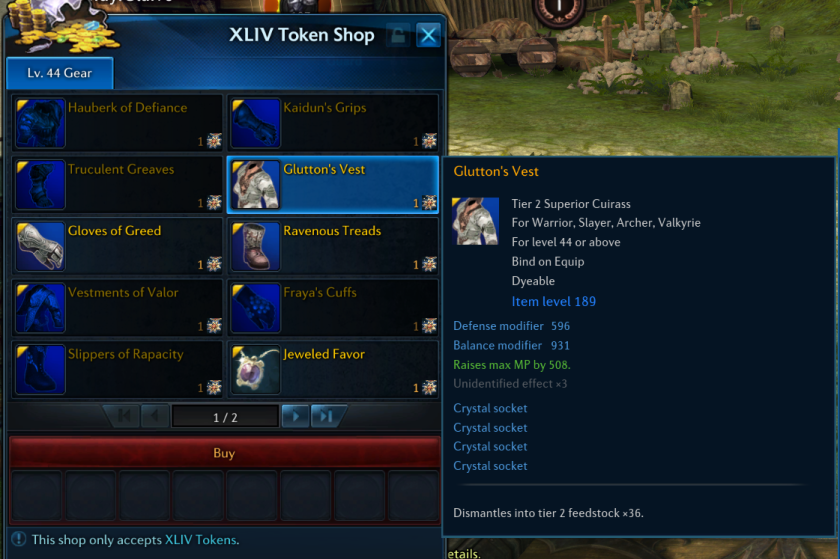 The Token shop sells armor and jewelry for one token each. So you only need to do 4 Vanguard Requests for each level tier to get your nice new gear. Every Vanguard Request gives two tokens.

Every other set of gear can be enchanted. But each new set of gear is stronger than the last, so you’ll always want to collect it. And you don’t need to hunt any NPC for the store. Just R-Click the token and up it comes.

With no reason to run dungeons nobody does, which means if you need to for the quest chain, it’s impossible, or almost impossible, to find folks to run it with you. Healers and Tanks are disappearing from the game. Which means you need to have a lot of pots to run a dungeon since you won’t have a healer.

A while ago, I was able to level some characters using only dungeons and largely ignoring story requests. Before that I had used Story and Zone quests until they nerfed Zone quests and added Vanguard Requests.

Now, since Dungeons are no longer possible, It’s only possible to level using Story quests and do only enough Vanguard Requests to get the token’s you need for the next gear. That’s trivial.  Only Story Quests give decent rewards, but the gear you get that was is trash that you should “Dismantle” for feedstock to enchant Avatar weapons and token Armor.

With the new Valkyrie class, there is an event – 2 weeks or 30 days, I’m not sure – that gives you stuff when you start a new Valkyrie.

Among the goodies are:

Which of course makes it very easy to get Sparky.

I quite like Sparky for a mount. He’s compact and fast – 275. The fastest Gem Store mounts are only 280 – whatever units that is. So, I’ll get my Valkyries up to 65, but I won’t be grinding high level dungeons – never was into that. And I won’t be spending a lot more time or spending more money in Tera. Changing the guild rules soured me on the whole thing. That and their lazy attitude to doing new classes. 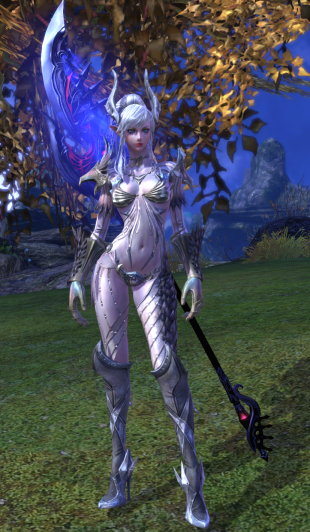