I had my Alienware Area 51 since about 2007 – since right before DELL bought Alienware – and about a year ago I upgraded to Windows 10. No problem. Here are the specs.

But the Anniversary Update fails miserably on this machine. It keeps waking up dead, if you see what I mean. A couple of days ago it was running, right after the update but without the 2 additional SATA hard drives. The drives were obviously still in the system, but Windows 10 did not see them. And Disk Manager did not see them either. So I did a RESTART with the start menu and got into a world of hurt. The system never finished restarting. After 10 minutes it was still doing an animation on the screen saying Restarting. So I used the power button, it failed to boot, and then finally I got it back by going back to the previous restore point using essentially the same process you see below, but it looked different that time. No application windows just blue screen dialogs.

This morning the machine was just dead. I do not sleep this machine. But it would not wake up with kb or mouse. So I powered off and back on. And Win 10 would not boot. Round and Round again until I went back to the restore point again. Here is a sequence of pictures I took as I recovered the system. 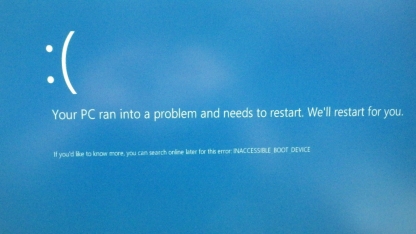 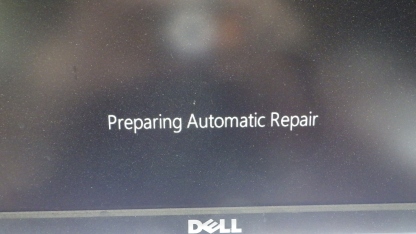 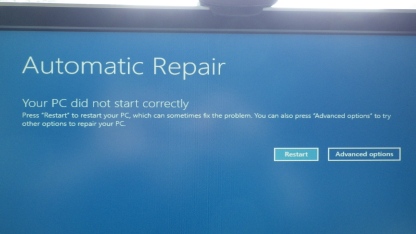 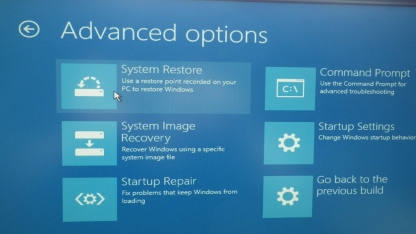 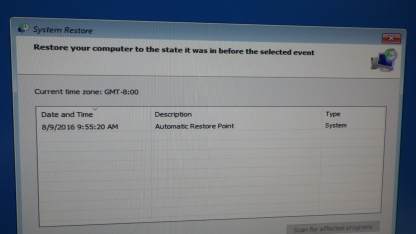 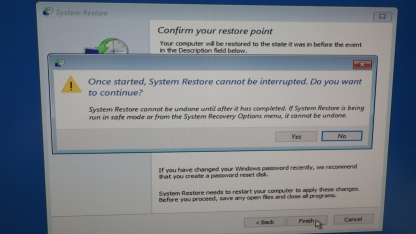 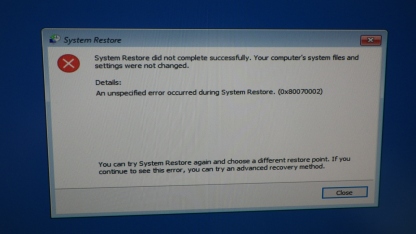 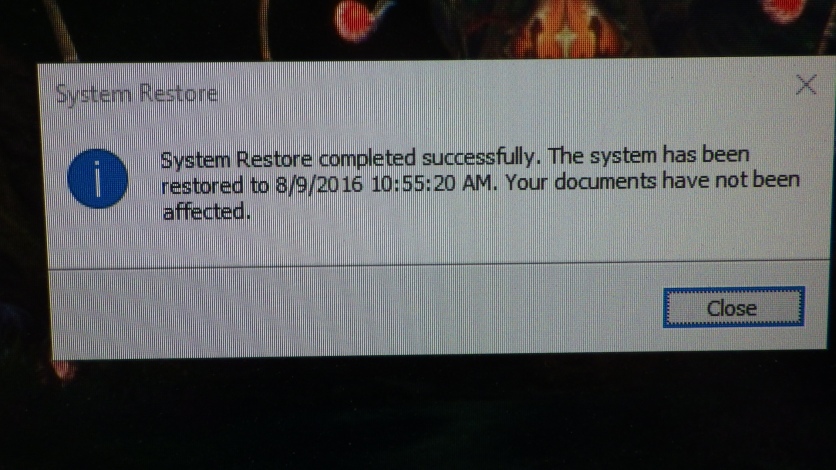 I need to stop this bad Windows Anniversary Update from installing since it is clearly broken for my system. Did I miss the memo saying that Core 2 Quad 6700 Extreme processors would no longer be supported by Windows 10? It seems they pulled some driver out of Win 10 Ann Update that is causing this. Notice it never says “Your CPU is no longer supported by Windows 10” or anything similar, it just fails.

Can we get the Windows veterans back from the cloud to fix the Ann Update? I  know that the cloud is the hot new thing, but these interns we left on Windows 10 just aren’t up to the job.

How can I stop this thing? Each time it is different and each time scarier. I’m afraid that next time it won’t recover.

I do plan to rip out the guts and put in a Skylake Motherboard etc.into this case but I want to wait a couple of months on that.

The DELAY button is gone from the Windows Update settings and I need to stop this before it wrecks the system permanently.

Update: I tweeted to Microsoft Support and had this discussion with them there:

This is what they pointed me at in their last suggestion:

Perhaps you can understand why I’m not going to do these steps to try to keep my machine running. This is an over the top deep dive into the guts of windows and one misstep and you have trashed everything. I’m going to leave my machine off until I hear that they have fixed the Anniversary Update, or confirmed that the C2Q Q6700 is or is not supported by Windows 10. I have tried to look it up and the lists stop back at Ivy Bridge which is much later than the C2Q line of processors. The C2Q Q6700 Extreme shipped in Nov 2007 apparently.  This wiki page lists Sandy Bridge / Ivy Bridge as shipping in January 2011.