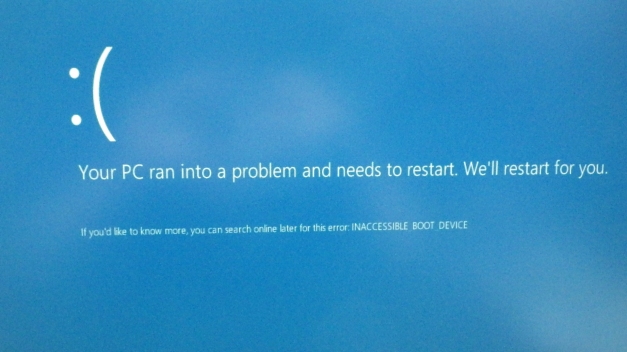 I had my Alienware Area 51 since about 2007 – since right before DELL bought Alienware – and about a year ago I upgraded to Windows 10. No problem. Here are the specs.

But the Anniversary Update fails miserably on this machine. It keeps waking up dead, if you see what I mean. A couple of days ago it was running, right after the update but without the 2 additional SATA hard drives. The drives were obviously still in the system, but Windows 10 did not see them. And Disk Manager did not see them either. So I did a RESTART with the start menu and got into a world of hurt. The system never finished restarting. After 10 minutes it was still doing an animation on the screen saying Restarting. So I used the power button, it failed to boot, and then finally I got it back by going back to the previous restore point using essentially the same process you see below, but it looked different that time. No application windows just blue screen dialogs.