Posted by windyweather on October 7, 2017
Posted in: Computers, Linux. 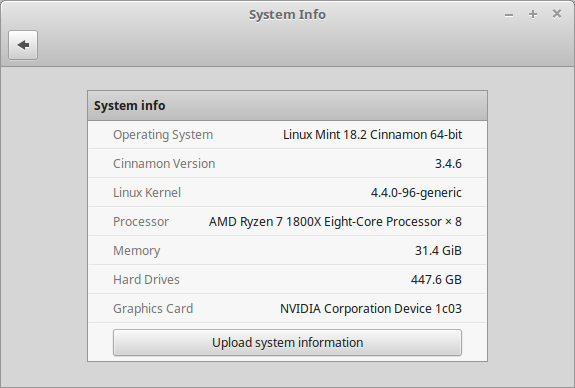 Seems that I can never go too long without building a system. Now that Intel has been duly embarrassed by AMD bringing out some awesome mega-core systems, I just had to support AMD by building one. Intel rushed to build their Core i-9 Processors, but they are way expensive compared with the AMD alternatives.

I first considered an AMD Threadripper 1900x processor  but after asking for advice from the Overclockers forum, it became clear that the 8 core 1900x was not more powerful than the earlier AMD Ryzen 1800X, and this one was on sale for about $100 off.

As you can see, I got a fancy glass case, and water cooler from Corsair, and those fancy carnival lights RAM from G.Skill. Those things are blinking away as we speak.

For the past few years I’ve been very impressed by ASUS products. So this build chooses the ASUS ROG STRIX X370-F GAMING motherboard and the ASUS GeForce GTX 1060 TURBO-GTX1060-6G graphics card. I already have a GeForce 1060 and it’s great and reasonably priced. 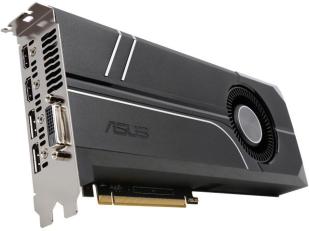 The Corsair glass case has no slot for an optical drive since the entire front of the case is a sheet of glass. So, I needed to purchase Windows 10 on a thumb drive. Well, oddly, Newegg did not have those, so I had to order it from Amazon, and it is taking over a week to arrive. Not to worry, I’ve installed Linux Mint 18.2, which I use on many of my other systems.

Of course one of the first things I wanted to do was fire up all those cores, but a program called Core Heater that I’d written ages ago, and kitted up for Linux, failed to install. Looks like Debian, which is the Distro that Mint is based on, keeps changing all manner of things so old installers don’t work.

So I needed to fire up QtCreator, and that took a day or two to get going. And then the old Core Heater project won’t work, so I had to rebuild the program by building a new Qt Widget project and adding the code with Cut and Paste from the previous project. 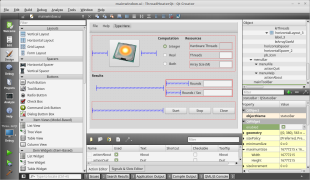 The classes were all there and they seem to work. Here we go with all 8 Cores and 16 threads running on the AMD Ryzen 1800x. 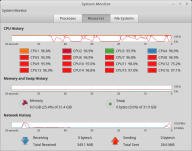 So clearly the Cores / Threads are all busy like mad. And the program is using over 3GB of memory. There are bugs to be worked out. The Rounds are not updating in the GUI and the program won’t shut down properly. You have to kill it from the process list.

But things all work. You could barely feel the air from the cooler warming up. The max TDP is 95 watts for this processor. So it’s not that hot a machine. But it does run boost clock at 4GHz. So not shabby either.

So that’s the first round of testing. More later.