So Walmart had their WiFi crockpots on sale for $30. Seems like they are getting rid of them. Reviews on Walmart’s website shows that they have problems – mostly connecting.

But think about this. A Crockpot is a reasonable price at $30, so the WiFi stuff is all free. That means that WiFi control, and the little ARM SOC [System on a chip] that it takes to do this is pretty cheap too. And that’s probably right. After all, low end smart phones are $30. And this application has no battery and no large screen.

Looks like some folks are selling this WiFi Crockpot for a lot more.

And here’s the App on the PlayStore. 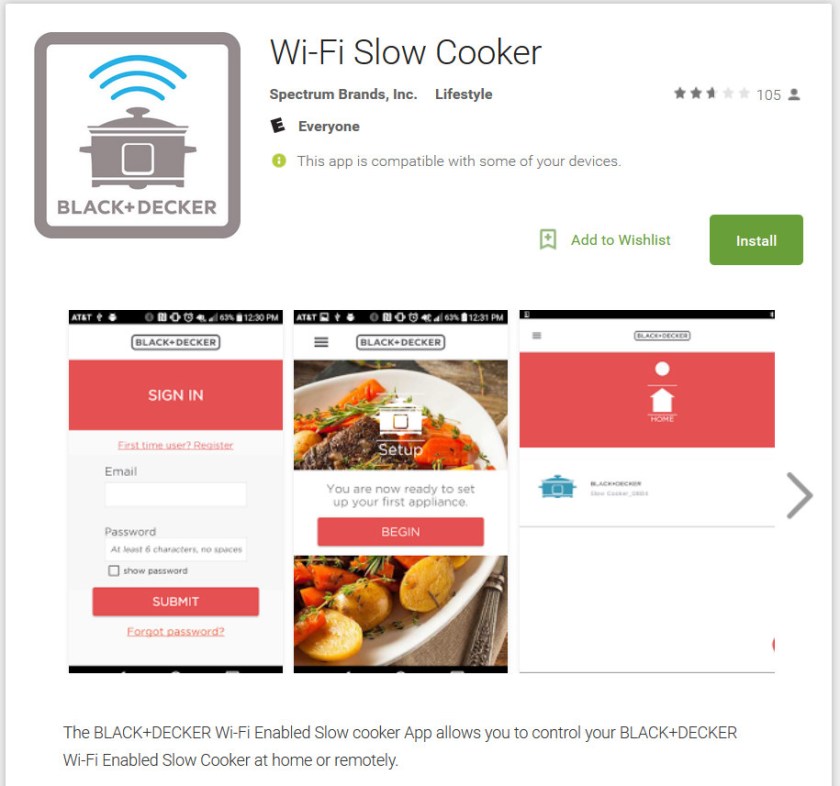 But what about my Pellet Stove, which costs about 100 TIMEs what this crockpot does. Yep, pellet stoves are about $3000. So doesn’t my Pellet Stove deserve a WiFi enabled computer controlling it. Ok, so my Pellet stove was designed about 10 years ago and it has a really dumb controller.

I want to control my Pellet Stove with my smart phone or tablet, not with this dumb control panel:

Six LED lights and some hard to press buttons – because they are behind a thick plastic sheet to protect them. And then a bunch of blinking codes and flashing errors and the other nonsense that it takes to communicate complicated issues when you only have 6 LEDs and a few buttons.

I want a new controller for my pellet stove so I can control it and monitor it with my Smart Phone / Tablet.

I just went through 2 days without my Pellet Stove, and the consequently cold house, because the Vacuum switch plugged up. And I had to figure that out by digging through the manual to figure out what LED light two blinking means after the stove has been running for 5 minutes and shuts down.

Please, Mr. Pellet Stove guy can you folks work on a smart WiFi enabled upgrade controller for your pellet stoves. Oh, and just put that controller in all your stoves from now on. How about that?

If you have trouble figuring out how to do it, then just buy one of these cheap crockpots and take it apart to see which SOC they are using. Better yet, just buy an Arduino board and program it to run the pellet stove. A special Arduino interface board can control the fans / switches and read all the sensors to run the stove. So a simple interface board, an Arduino board and a smart phone app and you are set. Only one light and one button on the control panel. Something like a POWER ON LED, and PAIR Button and the rest is on the smart phone app.

By the way, I just bought a new Vizio TV, and it came with its own Android Tablet for a remote. All the settings work through the remote. That’s the only way you can change the settings. And you can bring up a website on the tablet and then Cast it to the TV or bring up Netflix on the remote and then “Cast” it to the TV too.

I’m not looking to “Cast” Netflix to my pellet stove. Or that a tablet should ship with every pellet stove. But I’d just like to see an ENGLISH ERROR message saying “Vacuum Failure – please have your stove serviced and cleaned to determine the problem.”. If the Pellet Stove folks don’t want to build a tablet / etc. to ship with their stoves, they could suggest, or ship, something like the $39 Alcatel Android phone I just got from Tracfone.

Anybody with a pellet stove can afford this for a remote, even if they never activate it as a phone. This is a very nice Android phone and it runs all the apps, even the WiFi crockpot app.