With this update to guilds we see another case of Greed ruling the day. For years I’ve been using Guilds and Guild banks to share storage among my characters. But now you must have a level 30 Guild to have a bank. And of course to reach level 30 requires guild events which no single player or “Family” guild could satisfy. Well why does BlueHole or Enmasse care? Of course, they want you to purchase bank space. But that does not solve the problem of sharing space among characters / accounts.

Have a family where some of you play this game? Like to share among your family with a Guild? Forget it. It no longer works because you have to get your guild to level 30 to share things in a guild bank. And there is no way to buy a shared bank.

I’m sure there are lofty statements about “Guilds are to promote social interaction” or some such nonsense. Well ok. But just as they reduced the number of daily accounts from 10 to 6 with Fate of Arun, they have yet again made it less interesting for single solo players to enjoy this game by removing features that we have used for Years. Yes Years.

But apparently there aren’t many Guild Quests available to level a guild. We’ll that’s a bummer for the folks that have a real guild and want to level it so they can get their guild bank back.

Player housing was designed as an Elite Perk for only the very best of the best Guilds when it could have been for everyone. Oh Kay, Sure Special housing for those Guilds that reach the top of the ranks is fine. But now the rest of us get nothing. Twin Saga came out with Player Housing for everyone.

Now Guild Banks are made an Elite Perk. No more sharing among your accounts or family members… Nya Nya Ni Nya Nyaaaaa….

Do some folks, Game Designers, Marketing folks, or Players, really feel some sort of “Moral Outrage” that guilds and guild banks were so easy to make and use? Do you feel better now? I hope so. I hope you players go out and spend a ton of money to justify the ones who move on to other games where the rules don’t keep changing in some response to “Morals” or “Greed”. When my play style I’ve built up for years has just been trashed, how likely am I to care about those shiny new dragon mounts?

How long has it been that a big feature change has made my play experience better? Or at least not trashed it in some way? I can’t remember.

I was just thinking why I saved stuff in my guild bank(s) Oh. Now I remember. To make it a lot easier to level a toon. Right. Save Great Gear drops for other toons as they level. Save Crystals so toons have a full set all the time. Save money so that we can expand inventory right away as we start a toon. Save Feedstock and Alchahest so that toons always have mats to enchant gear. So we don’t want to make that too easy. Right. So that’s why we:

But, noooooooo… Guild banks are far too much of a help in leveling a new toon. [Sarcasm intended]

You, know, as I empty my guild bank and toss all those crafting supplies into the trading post, I’m wondering if we are going to get an update that limits the money that any character can have to a small amount like 10,000 G unless they are members of a guild. Or some such other nonsense limit.

You know, I can’t wait for Revelation Online, which is supposed to be coming to NA this fall. 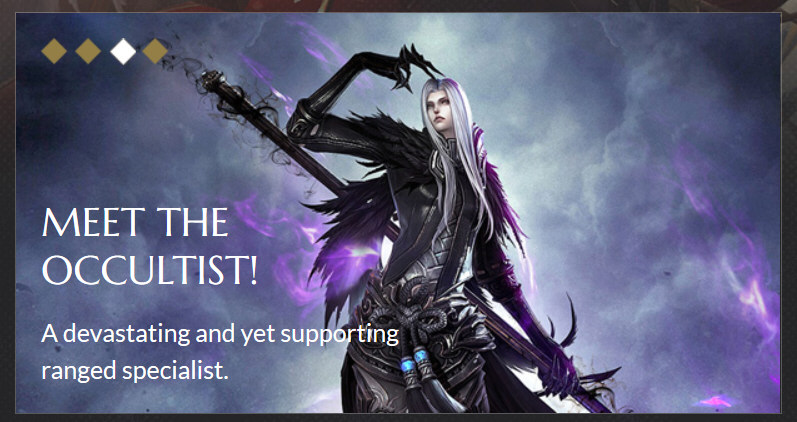 It has many things to recommend it, perhaps one of them will be a little less arrogance on the part of the folks that run the game.