Some shots taken in Skyforge. Click to see these on Flikr. 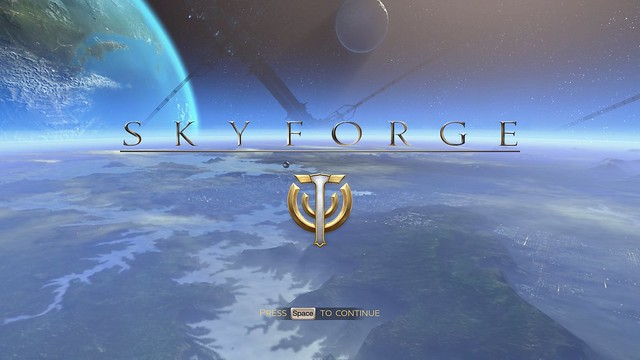 Skyforge is a Science Fiction based MMO. I’m not impressed. The graphics are pretty good, but don’t show much imagination. And the animations are stiff and clumsy.

There are a few things that are good.

What is Not so Good

Combat is strange and confusing. While it is easy to spam the mouse buttons and number keys to kill things, there are two odd things about combat: (1) The key assignments are fixed rather than changeable. (2) Combo skills keep changing, so as you spam [1] you see [2] blink between different skills that you can use at that time. But the problem is that these changes occur so quickly that you can’t keep up. I’m used to skills being enabled after another skill or after a cooldown, but having one skill change into another in a fraction of a second as I’m fighting is just confusing. Not fun. Too complicated.

This game was created by the same folks that created Allods. I recently saw a review of Allods, which I tried a couple of years ago and gave it a pass then. But now I see that they have a very interesting new race that is a triple of creatures that work together as one. I’m going to go give that a try, even if the graphics look more primitive.

By the way, each screenshot gets a map reference inserted. Here’s one:

I’m going to pass on Skyforge.

Guess I’ll go find Allods and see if it’s better now than it was a while ago.