As you may know from reading other posts here or from checking out my photo site, I use a Nikon D300 and a Nikon S550 camera. I have about 16GB of CF cards for my D300 and an 8GB SD card for my S550, but these are not enough for a week long vacation where I’m going to be taking quite a few pictures. For past trips, like the trip I took to Boise, ID for a week, I have taken my older laptop with me. And while on that trip I bought a 160GB USB hard drive as a second backup device. As you can imagine, a laptop is not a convenient device to carry on a trip. 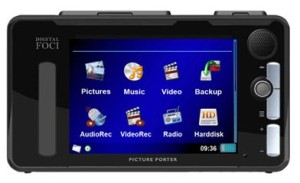 There are several devices on the market to allow backing up photos on a trip. Here is a partial list of devices. After reviewing the devices and checking prices, I found Digital Foci was selling a refurbished an 80GB unit for about $50 off. As you can see from the following pictures, the device is pretty hefty. It’s not a contender for an IPOD replacement, although it does almost all the functions of an IPOD. But it has CF and SD card slots built in and it has backup and compare [verify] functions built in. It backs up 233x CF cards at 4.88 MB/sec.

This device has all the functions of a modern multi-media kitchen sink. It also has a 12 hour battery life when playing MP3s. It remains to be seen how long it will last when backing up photos cards. 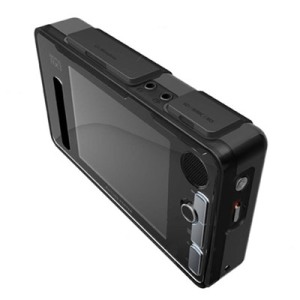 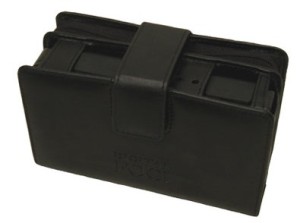 What the device is not. 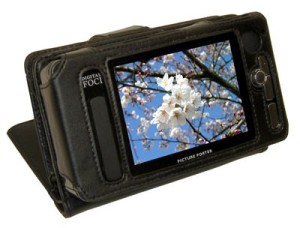 Good luck to Digital Foci. This device gets my vote for coolest thing to solve my photo card backup problem at a very reasonable price. And listening to dozens of hours of podcasts is a real bonus. You go, Leo…