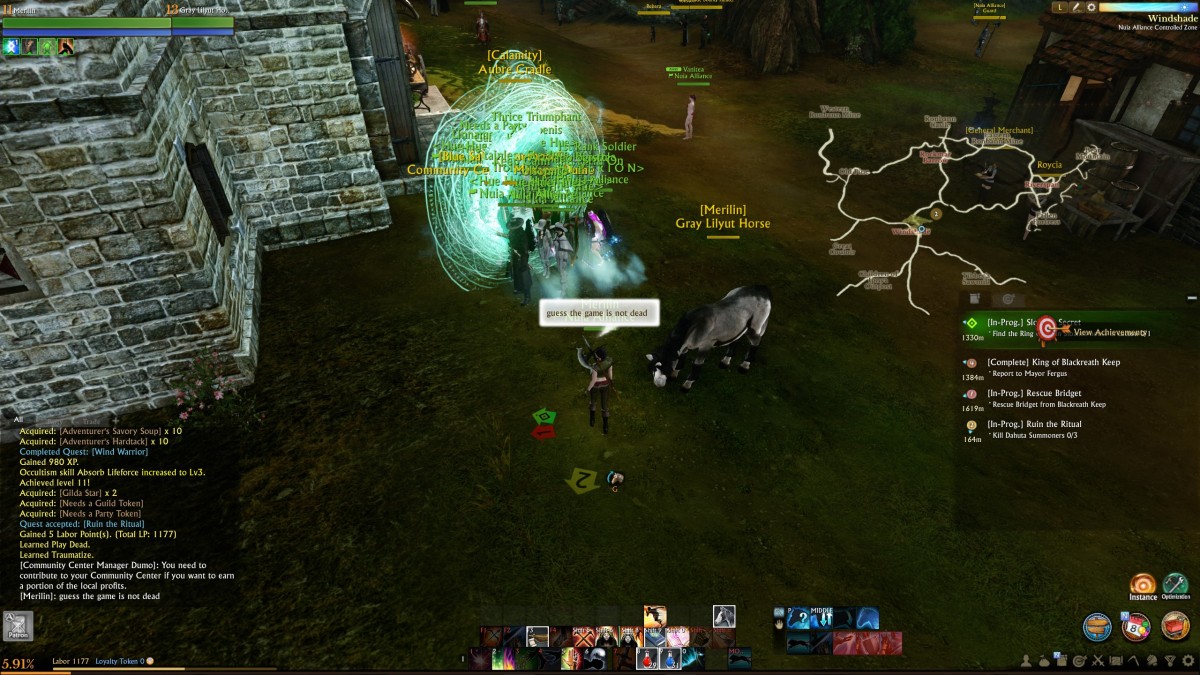 I think modern MMOs are missing an interesting opportunity, and the ones trying it are getting it wrong. We should be able to build teams / parties from the other characters in our own account.

Guild Wars May Have Invented This

Guild Wars 1 or just  Guild Wars added a feature near the end of it’s popular life called Mercenary Heroes.  See my previous post here. The idea was to allow other characters from your account to play along side you as party members. This was incredibly useful. You needed a party to play at all times since GW is an instance based game. And it was a money making opportunity too since you needed to purchase Mercenary Slots. There was a trick too that you could play. There are two kinds of characters in GW – PVE and PVP. And PVP characters are always level 20 – max level. So the trick is to buy your Merc Slots, then create a PVP character, assign it to a Merc, then Delete the Character. Your Merc remains. Then Rinse & Repeat to build a whole squad of characters of the classes you wanted. Necros and Ritualists are especially useful in your Merc list since there are some powerful Necro skills and Ritualists do powerful heals as well as damage. The Elite Necro Skill Discord does powerful damage and of course the Necro raises every mob you kill into another member of your army. Ritualists cause conditions, which empowers Discord. Anyway, you get the idea.

Why is this interesting?