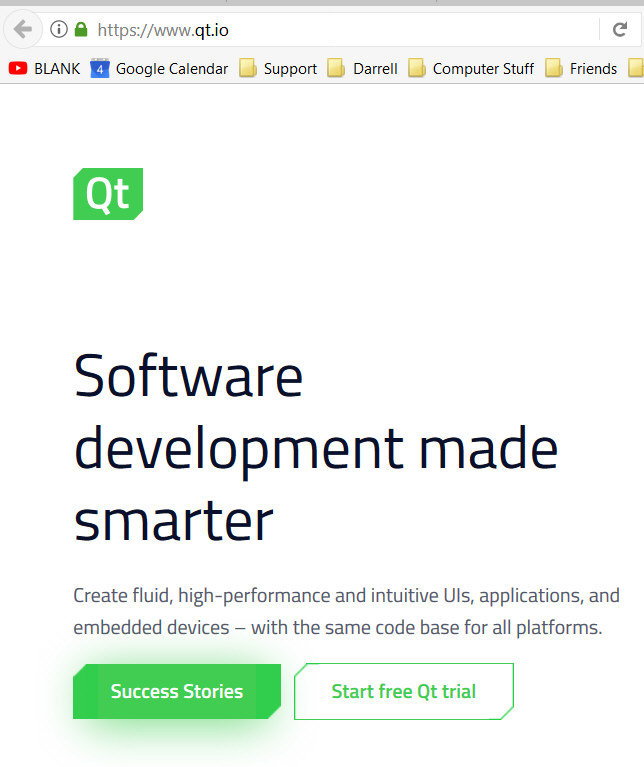 I’m a long time user of the Qt Development Framework. But every few years, it seems to change hands and everything about how to install it changes.

I recently installed it on Linux Mint, and while it looks like it is built in, the install was anything but simple.

But now I’d like to add a feature to one of my personal programs for Windows, so here we go again. I started by trying to look up a recent YouTube video on the subject and while it was only a year or so old, and all the domains were active, it failed miserably after the install in the same way that the Linux install failed. It was unable to find a valid “Kit”. A Kit for Qt is a set of definitions so that the IDE – integrated Development Environment – can find the other tools like compilers, framework libraries, debugger and make program. Well the Youtube video I found had the same problem. The install looked like it worked, but it brought along no tools, framework or valid kits.

Well I’ve solved that, so I’m making a post here so that I remember, and maybe it will help you too.

Installation of Qt Tools and Framework

You probably want the Open Source tools. After all, unless you have $250 per month per developer, I’m guessing you want the free version, which requires you make your source available.

You’ll probably need to sign up on the site, and I have a bunch of different email addresses I use depending on the type of site I’m visiting, which I get from gmx.com, and I use LastPass to create and save all those pesky passwords. Just say you want the Open Source or GPL licensed version of the software. 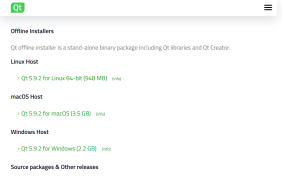 This is the link to the open source code that I found. Don’t use the “Online Installer”. It downloads QtCreator, but none of the other stuff. The Windows installer that is about 2.2GB is the right one. The one I got was named qt-opensource-windows-x86-5.9.2.exe.

Once that downloads, install it to your HD. It defaults to somewhere like: C:\Qt. 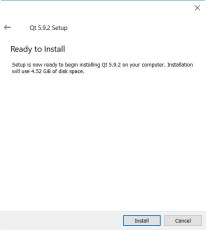 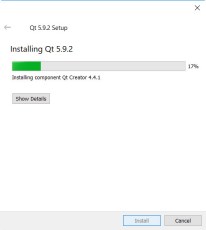 Be sure and check to see that the right tools and frameworks are selected. Note the check boxes that I used in case the defaults are different.  MinGW is an Open Source compiler suite for Windows. The VS options are for Visual Studio, which unless you are a Microsoft Developer, you don’t have.

Once the install finishes you can fire up QtCreator and build a test project. Here’s the little Hello World project that I built. 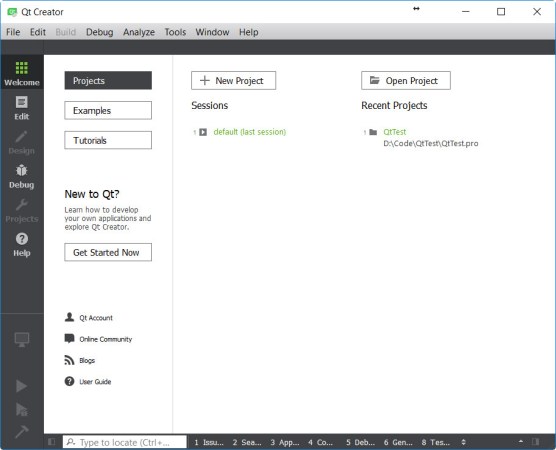 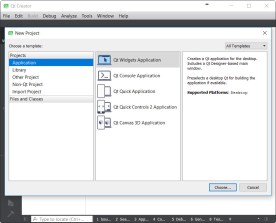 Notice that the kit is filled in for the Widget project. Now you can build your GUI, type some code into the slots – code that is run when you do something on the GUI, and build the code to run it. 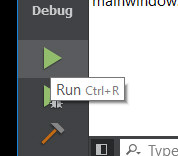 After the program ran I noticed that the window title was wrong, so I went back and fixed it. 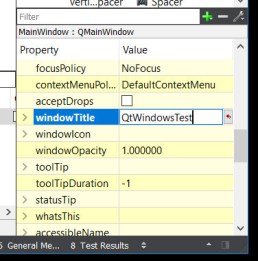 I haven’t tried the debugger, so I’ll try that later.

So if you are trying to use QtCreator to build a Desktop project on Windows 10, and you are getting “No Valid Kits”, this is how to fix it.