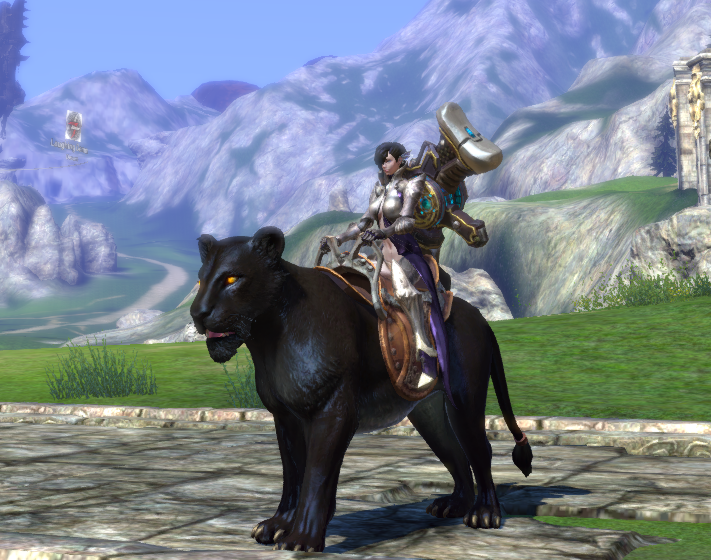 I’m back playing Tera and loving it. I played Wildstar for a few weeks, but it didn’t hold my interest. When the Tera Brawler came out, I jumped back and don’t feel like going back to Wildstar.

Let’s look at why I feel that way.

Wildstar Has a Lot to Recommend It

I wrote a previous post about Wildstar, so I won’t go into a lot of details here. I’m not doing a comparative review here, but just my feelings and impressions, for what is quite surprising, even to me. I’m back to Tera, and it’s not just because the new Brawler class came out.

I love the art design and the class mechanics of Wildstar. The races and classes are fun to play. And without spending anything, I was able to get to level 10 or so and get my free mount for each of my four toons – 2 toons on each of 2 servers. The quest design was good, and it lead me through the areas with minimal problems.

But it felt like a grind. Tera doesn’t feel like a grind. In Wildstar, I tried an instance, and there was so much trash – mobs that give no exp and no loot – that the instance took forever to do, and when I was done, the XP, loot and gold was so low that I felt like I wasted my time. Never going to do that instance again.

After grinding four toons up to about level 20, I felt like it was too much work for too little reward.

Compare that with the Tera Brawler release. I got a Brawler up to level 65 in about five days. And it was exciting enough that I’ll probably do it again.

In Tera you level about once per hour, or less. In Wildstar, it takes two to four hours to get the next level. The low level areas are duplicated, for some unknown reason. So to get map achievements, you have to grind two 1-6 and two 7-15 areas. That really feels like a grind. It’s not more choice. It’s just more work.

Tera has faster leveling at about an hour per level or so up to level 50. And a short – 40 minute – 1-11 intro area for all races. This has been shortened two or three times since I’ve been playing the game. And as I reach the higher level 30 – 50 areas, they don’t feel repetitive. I’ve done them many times before but each time there are variations that I can do to keep it fresh.

Recent updates have made the dungeons below level 65 [the current cap] completely optional. Also the story quests – the main thread of the story line – provide almost enough XP to level the character. The “Zone” quests’ XP has been reduced and are completely optional, especially if one uses XP enhancement scrolls and does frequent “Vanguard Requests” which are almost free quests since you need to kill those mobs for the story quests anyway. The Vanguard Requests can be repeated and give gear crystals and buff charms.

Fashion coupons and Fed Bills are easy to get, or harder of you grind BAMS, although that is less interesting in recent months. But the costumes and weapon skins are really sweet. I never saw any really cool costumes in Wildstar. If you want to hook folks, you need to show them early what you have to offer.

Some folks take advantage of the PvP in battlegrounds, others grind dungeons for advanced gear, and some, like myself, like to build many toons and go for advanced rewards such as the Panther Mount.

Here is the black panther mount. After you reach 60, you can grind rep on five different factions to get this pet. It’s a lot of work. But I have it on two toons now. It feels like I’ve accomplished something. I’m sure Wildstar has such grinding too for something. But the leveling grind tired me out before I found out what Wildstar had to offer.

To grind the rep for the Panther, I leave the toon in the area where the daily quests are given and come back day after day to do those quests. It takes two or three months to grind the rep for a toon in this way. But by grinding more than one toon in various areas, one gets a varied experience as one switches characters every 20 minutes or so as one finishes the dailies in an area.

So, I’m back to Tera. Maybe I’ll level another Brawler or do some dailies for another Panther.  – ww