After the Shadowbringers Update, the Summoner and it’s base class Arcanist has some problems related to Solo Leveling.

First, at lower levels, the Emerald Carbuncle [blue caster pet] now appears to shoot an AOE which covers quite a large range, and may bring unwanted foes [mobs] to bear on the player. In previous releases, the Carby did a single target attack which did not aggro other mobs. Here is an example of the size of the AOE that the Carby does now. 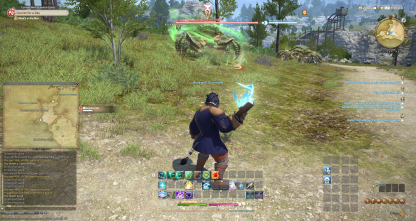 Apparently, anything hit by the big green area, which is the auto-attack cast by the Carby, is aggro’d on the player. As you can see, two king wespe mobs are now attacking the player. Mobs do not attack the Carby, but only the player. This problem was so severe that I had to dismiss the Carby when doing a Fate at my level to avoid being overwhelmed by aggro’d mobs.

Secondly, the Topaz Carbuncle and the later upgrade to the Titan Egi, were Tank pets, which took aggro from the player. This effect has been removed. The rumor is that the pets are all the same, doing the same attacks with same potency, except for animations. In other words, the differences in pets are now just Eye Candy. I have yet to study this in detail. But it is clear from my testing that the Titan Egi no longer takes aggro. So this is a significant loss for the Solo viability of the Summoner.

But there’s another problem with the Self Heal for Summoner as well.

END_OF_DOCUMENT_TOKEN_TO_BE_REPLACED 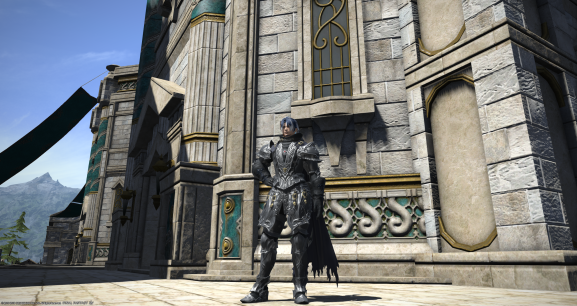 Just started playing Gunbreaker. The second job quest is pretty challenging. I failed the Duty called “Hired Gunblades”. I decided to level up and get a complete set of  Shire gear to upgrade the item level before I try it again.

Working in Palace of the Dead has brought me to Level 61 and I wondered what happened to the stats, if the gear was not upgraded. So here are the stat changes between level 60 > 61 with the same gear. Some is Shire and some is not yet Shire gear.

Notice the number columns to the left are for level 60. Where there is only one column, there was no change. Hum. Not sure what to make of this, but there are changes, obviously.

BTW, Gunbreaker is a blast to play. And Palace of the Dead is a great place to get your rotation down. There have been a lot of Gunbreakers and Dancers in the Palace recently, as you might imagine.

Make you walk in the Light [Dark] of the Crystal.
:ww