Ever the experimenter, I recently got a Samsung 40″ Class MU6300 4K UHD TV. As you can see from the price, I didn’t choose MSRP.  I was just checking what prices were doing on UHD TVs and came across a deal on a refurbished model at almost 50% off.

The first one arrived broken. But I didn’t despair . After calling Walmart customer service, they agreed to ship me another and emailed a return label for the broken one. 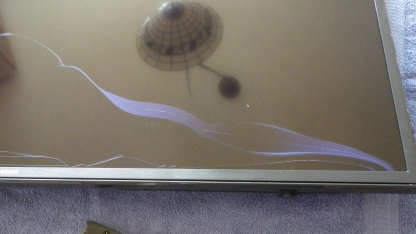 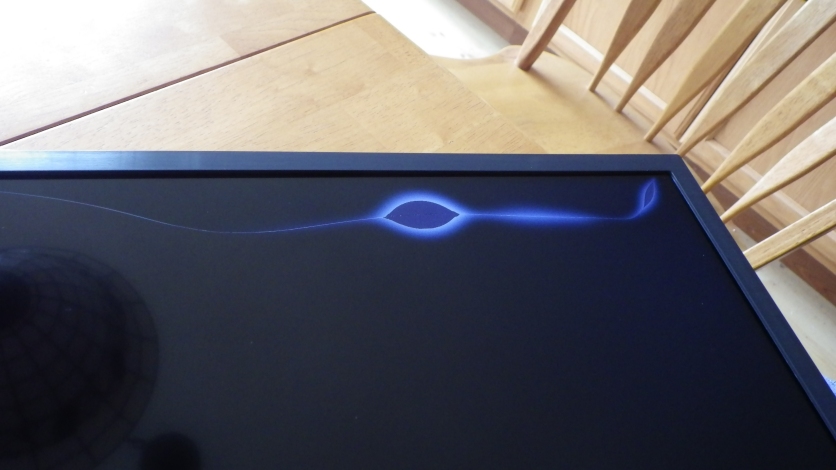 Apparently, the first one had been dropped before it was packed since it was in some serious bubble wrap and there was no mark on the box. Oh well. The pictures above were taken when it was plugged in and the damage was not evident when the TV was not plugged in.

So, now I have the working one, Great. Let’s try it out.

Some time ago I got a Gigabyte Brix.

This mini system has a Core i5 7200 processor, 8GB memory, and an M.2 SSD. It has HDMI and DisplayPort video and says it supports 4K. It runs Linux Mint 18.3 currently. It was in use for a while with a 32″ HD TV to display photos and game screenshots. It also displays videos quite well.

However, it’s not really up for 4K. 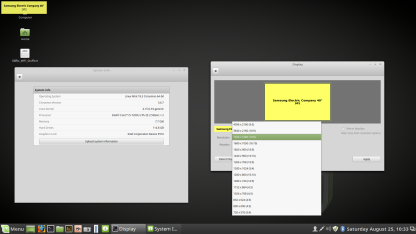 As you can see, it works fine in 1920, but fails in 4K mode. For HD – 1920 – you need to go into the settings of the TV and change the picture settings to FILL SCREEN from AUTO or you lose the bottom of the menu bar off the screen. I guess it defaults to OVERSCAN for some reason although I didn’t think that was a thing any more with Digital Panels.

So as long as Linux is set to 1920, the TV is just great. And the setting is sticky for Linux, which is essential.

I have a long HDMI cable – 20 Foot. So I decided to plug the TV into my main gaming computer with Windows 10 and a GTX 1060 graphics card.

Voila! Works perfectly as you’d expect as a second monitor with my 2K main monitor. 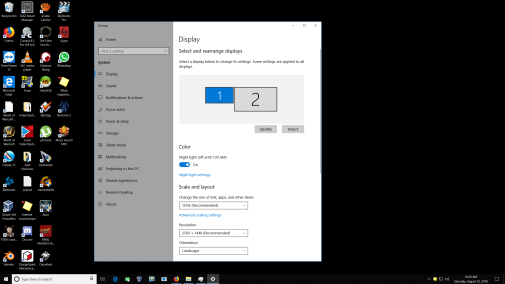 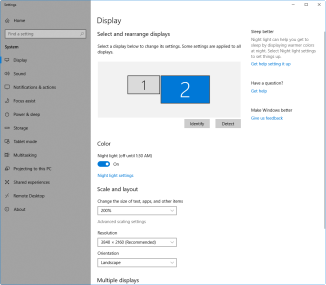 Windows 10 and Nvidia and the TV agree about what 4K is, perfectly.

So, the problem on Linux is not the TV, but the BRIX / Intel 7200 Onboard graphics / Linux Drivers don’t agree with the TV on what 4K Means, apparently.  BTW, getting back from the mistake in 4K on the Linux Box requires a reboot since the mouse in completely unusable. Somewhere on the screen is a confirm dialog box asking whether you want to keep these settings and the only way back is to use the Power button to reboot.

So partial success with the TV in 4K. Someday I’ll get a more modern BRIX or Linus will update their drivers. I guess.

Enjoy your 4K, since that’s pretty much all you can buy these days.