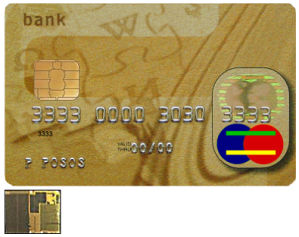 Am I the only one that sees that 12cm disks should be dead?

I know that we have just, finally after much gnashing of teeth and political finagling, decided on a new standard for the next generation, but there are too many disadvantages to these 12cm optically read disks or discs if you prefer.

Let me enumerate some of the problems:

There is a better media. Flash or ROM. Serially accessed mass storage if you like.

There is a better format: The smart credit card format.

The advantages for the Media are at least: 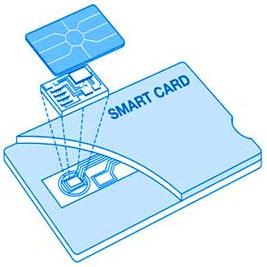 The advantages for the Credit Card size format are at least:

What this does to Players

And players shrink too. The player becomes a slot in the side of your new AV receiver, rather than a box by itself. AV receivers need to be large enough for the many connections, and for the front panel displays. But adding the video function with a credit card slot reader adds neither to the connections on the back or the front panel space required. The receiver will soon display it’s interface on the TV anyway, so it’s size will soon be limited only by the connections to other components. And this video format removes one of the media components, and reduces the receiver connections rather than maintaining them.

I had this idea when I purchased a new USB thumb drive with 4GB capacity. And of course this is not the largest one available. The size of a standard single layer DVD, and no bigger – inside at least – than a postage stamp. And with a USB storage interface, this chip is more complex than it need be I’m sure.

Right now, the cost of writable Blu-Ray media is high enough that it makes little sense to purchase a Blu-Ray writer. If DVD dual-layer experience is a guide, by the time the media falls to US$2, which is about the level at which I will be willing to invest in a Blu-Ray burner and purchase media in 50’s, I would guess the cost of 32GB flash memory could be US$2 as well if shipped in the same quantity. And ROM – or write once memory for media purchase – will be even cheaper. While 32GB is not exactly the size of the maximum size of a Blu-Ray disk, but it is pretty close.

Blu-Ray players already read all previous 12cm optical formats. During the transition it makes sense that they contain a slot and an optical drive. And over time, slot-only interfaces will appear for computers and for home theater systems.

There are no compelling advantages for the 12cm format in the long term. In five years it could be the “Compatibility” format for ages past, ordered as an optional addition to your new computer system. Won’t laptops be a lot nicer without the space and complexity of the optical drive?